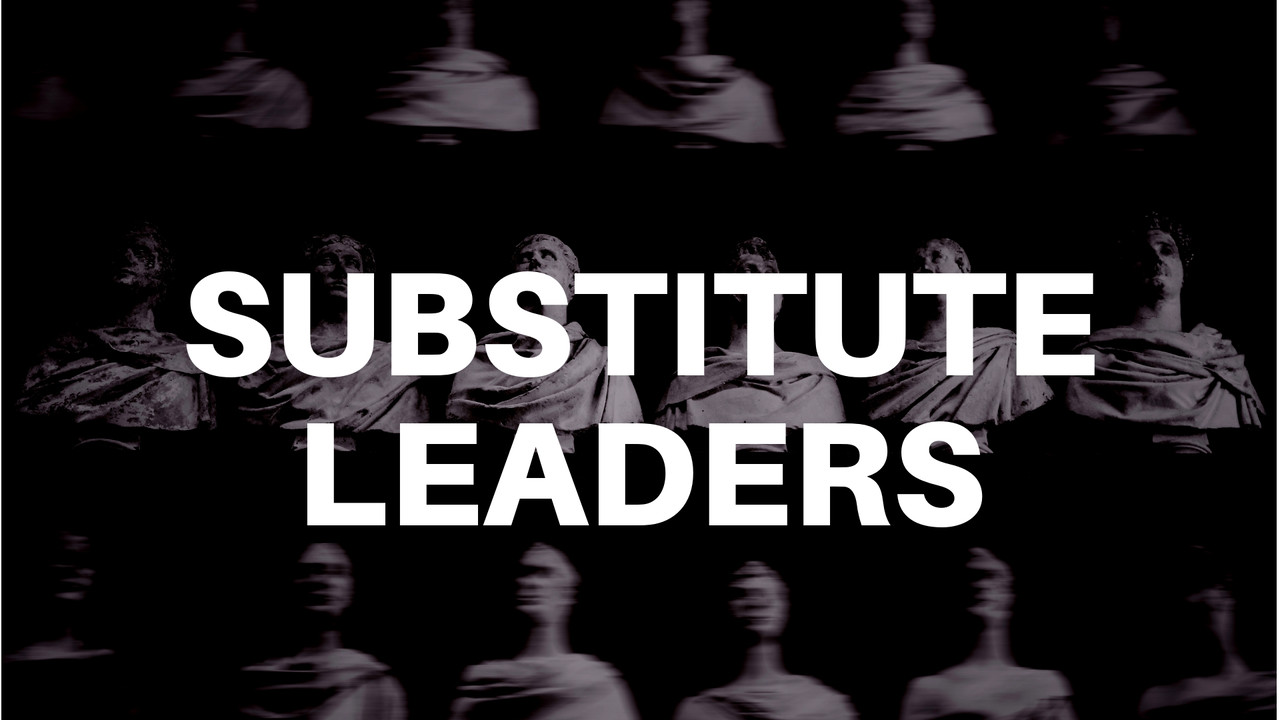 When I was in school, we often had substitute teachers who stepped in whenever our regular teachers had to be away from the classroom and, frankly, they weren’t very good. I actually looked forward to the days when we had a “sub” as I knew we students would be in charge.

Today, reminiscing about substitute teachers makes me think about a common problem that haunts corporate hallways: leaders who don’t lead. Too many offices are filled with people who have the title of leader, but for some reason fail to live up to it. Perhaps they are too busy with their other responsibilities or are not really interested in leading because it’s too hard. Instead, they become content with the title while abdicating the role. Or, maybe they’re unsure how to lead or scared of doing it wrong.

Whatever the reason, the problem made me wonder, how many organizations need surrogate leaders? I’m not necessarily referring to the top job, but the director and senior manager level. I have spent decades working with leaders and the same disturbing question is raised time and again: “What should I do when my leader isn’t leading?”

This problem is not hypothetical, it is a real-world frustration. Perhaps you are asking the same thing yourself – or worse, maybe your team is asking it about you.

Thankfully, if you are on the receiving end of absent leadership, there is a straightforward solution: you lead. Point blank, if there’s a leadership vacuum then step in and fill it. In essence, you need to become the substitute leader. Only, instead of being like the substitute teachers I had in high school who didn’t really teach, you need to lead with intent, but without the advantage of official authority.

A substitute is a replacement for the “real” person, someone who functions in his or her place. A substitute leader is someone who steps in when the appointed leader is absent. They don’t have the title, accountability or responsibility, but when a leadership void is created, they must fill it.

This can happen in a formal sense. For example, a department head can be asked to stand in for the director when he or she is unreachable. But it is often required in informal scenarios too, specifically when the leader is not leading effectively – or at all. Rarely will you be called in to lead in the absence of someone who is fulfilling the role, but don’t let that stop you from leading when the vacuum is created.

In studying great leaders, it is insightful to observe their leadership journeys. In fact, you can learn a lot from what great leaders did – and continue to do. A common theme is that they regularly lead beyond their position. Rather than waiting to be promoted and then lead, they do the opposite: they lead and get promoted as a result.  Without consciously thinking about it, many of the best leaders have probably had to act as substitute leaders at some point in time, otherwise they would not have become the leaders they are today.

When you are faced with reporting to a LINO (leader in name only), rest assured that you are not alone – other followers are begging for leadership too. They are ready to follow anyone who is willing to give direction, make decisions and take charge, regardless of formal authority. So, what are you waiting for? Get up off the sub bench and lead the game.

A thinker, speaker, and writer to the core, Dr. Tommy holds a doctorate in strategic leadership from Regent University, and is the founder of EMLC where he is the region’s leading CEO Coach. In addition to writing a number of books—including the Amazon #1 best-seller, Leadership Dubai Style and 10 Tips for Leading in the Middle East, Dr. Tommy is the editor-in-chief of Emerging Markets Business—The Authoritative Review.

It’s Lonely at the Top

In a whirlwind of social media, employee empowerment and #MeToo movements, leaders now find themselves…

Is the management world facing a problem? Productivity is flat and companies simply aren’t getting…

Supermarket shelves are empty, masks and hand sanitizer are like gold dust, sports games are…